Bitcoin (BTC) Is Now ‘Officially’ in Bull Trend After Its Price Surged Above $9,700 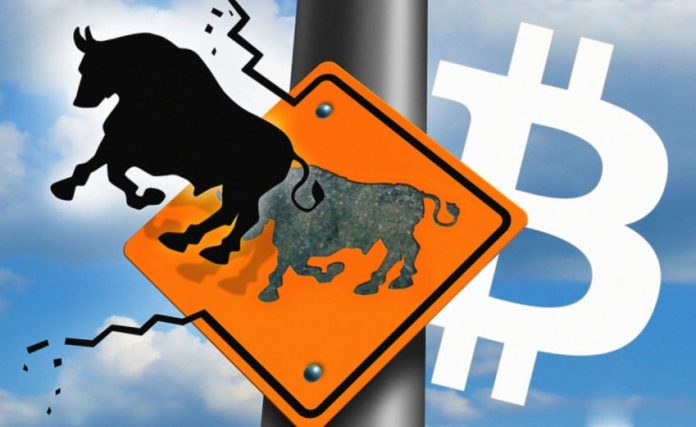 Those bears who wanted the Bitcoin (BTC) price to dip below the $9,000 level didn’t get their wish. According to trader Josh Rager, there has been an “official” bearish-to-bullish trend change.

The top coin has already printed a series of higher highs and lower lows on the daily chart.

For you $BTC bears in denial, the trend has officially changed & many still don’t seem to understand that

On Feb. 4, the Bitcoin (BTC) price dipped to as low as $9,062 on the Bitstamp exchange. With bears taking back control, it looked like another “China pump.”

The following day made a significant difference for the bulls. A couple of solid green candles put them back in the driver’s seat and allowed BTC to reach a new yearly high of $9,777.

Trader Jacob Canfield says that the $9,100 flip was “a big deal” for BTC since this level acted as support for the big descending triangle that eventually broke in September and the China-driven rally in late October.

Zoom out and keep it simple.

The $9100 flip was a big deal for #bitcoin. Former support of the ‘descending triangle’ and the China pump.

Ascending triangle forming on RSI with a clear uptrend channel on the daily.

While it might be crystal clear that BTC is an uptrend, the million-dollar question is high it might go. Based on the DeMark Sequential indicator, market analyst Thomas Thornton predicts more upside that will be followed by a “buyable pullback.”

Bitcoin now up 51% from when I showed the DeMark Sequential and Combo buy Countdown 13’s in mid December on the Hedge Fund Telemetry Daily Note. A little more upside before a buyable pullback is my view from here

Don’t pinpoint me. Just some thoughts.

Market is still in very good shape and some sideways/consolidation movements are great.

As reported by U.Today, Fundstrat’s Tom Lee predicted that the BTC price could surge by nearly 200 percent during the next six months.

Over the last couple of years, the term cryptocurrency has been rapidly gaining ground and understanding of its use and value in...
Read more
Cryptocurrency

What is Cardano & ADA? In a nutshell, Cardano is an advanced blockchain platform, and ADA is a cryptocurrency...
Read more