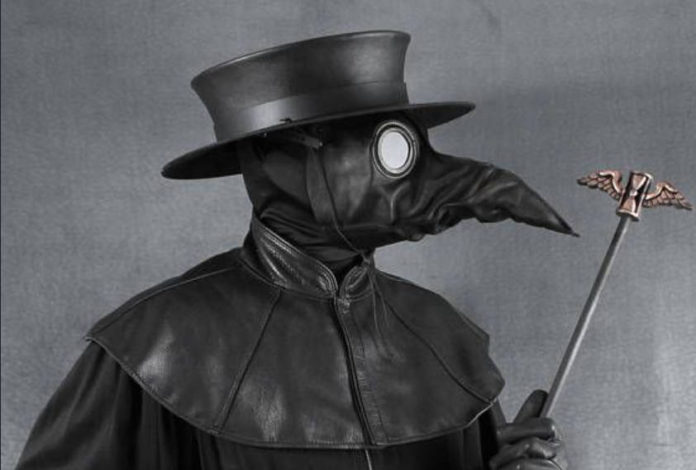 Let’s recap: the world is being secretly manipulated by a Satanic cult. It sounds outrageous, but every Christian believes it even if they don’t fully see it. So if you think it’s nuts, argue with the Pope and the billions who believe this.

But this article isn’t about religion. It’s for anyone who already sees the reality of the situation.

If you think I’m nuts, oh how you’ve got a long way to go. Although I know it sounds it all initially sounds.

Introduction To “I Pet Goat 2”

These Satanic freaks love their symbology and mind games. They often publish various clues that let us know what they’re planning. I don’t know why exactly.

Who Made This Video?

It’s by someone who calls themselves “Heliofant”, which basically means “Child of Satan”. The sun god “Ra” is Satan. “Helio” means “sun”. “Fant” means “child”.

The video is loaded with satanic symbols, which appear too rapidly to see the first time. So you need to watch is many times, and regularly pause it to look. In fact there’s so much symbology, most people will never understand every part. I’ll write another article that explains more about this. But this article focuses more on Coronavirus (COVID-19).

Satan’s Servant With Many Masks

Throughout the video we see a character who wears various masks. This represents the Satanists who believe they’re preparing Earth for the arrival of Satan, the Anti-Christ. Mostly it involves a web of deception to make us forgot ourselves, and condition our minds.

But anyway, this masked character wears masks in a particular order. I’ll get back to this guy later in the article. Just keep him in mind for now.

The Defiant Girl In Front of Tanks

In “I Pet Goat 2”, the girl waving the flag has a tiger on her back, which is a Chinese symbol of courage and ferocity. But she’s eventually silenced by the skeleton behind her, in a way to tell her she’s already lost, and may as well give up. Notice the fireworks behind the skeleton. I don’t think this reference to China is by accident. I doubt anything in the video is an accident.

At 5.42 in “I Pet Goat 2”, you see Satan’s servant wearing the last of his masks. The final mask right before Satan arrives is the plague mask.

Now keep in mind the masks worn by Satan’s servant (in “I Pet Goat”) are all a farce. It’s all deception. I believe this is reference to COVID-19 Coronavirus. The disease may be real, but there is still massive deception around it, like false mortality rates to scare everyone into submission.

After the last mask is removed, we see the real face of Satan’s servant for the first time, with a huge smile. Then Satan arrives, looking like Christ. The Anti-Christ. It isn’t the end though. It’s just their major milestone.

What Does This Mean?

Considering everything in the video to this point already has happened, it’s reasonable to assume it reflects their plan. Again they like telling us their plan, for some reason.

Assuming this video accurately reflects their plan, then they’re very close to achieving their goals. This would mean the arrival of the Anti-Christ. But that isn’t the end. It’s just the beginning of Satan’s reign on Earth, though short it will be. It’s not hard to understand, considering parts like the destruction of the church in the background.

My point of all this is COVID-19 is likely part of the Satanist’s agenda. I’ve believed this for some time. There are too many problems with what mainstream media are telling us. The mortality rates are likely very inaccurate. It’s clearly deliberate, from the UN, the CDC, the W.H.O., and various other so-called “authoritative” organizations. And agendas like cashless society and greater digital surveillance are on our doorstep. It’s all being pushed on us faster than before.

I’ve known of “I Pet Goat 2” for some time. And now we can see another part of their plan unfold: the pandemic. Although many people have been saying for years what these satanists plan to do.

What you can do is resist. Refuse the vaccine, because it is only for nefarious purposes. Refuse the mark of the beast (digital ID). Refuse giving up your liberties. The virus may be real, but it’s not what we’re told. And if it is real, it is no reason to give up liberties because of it.

The truth hurts, which is why it is being widely censored. They know simple truth will bring down their whole charade.

When I saw how COVID-19 was being used to create draconian laws to control us, I expected to see 666 in the...
Read more
Politics

The definition of conspiracy is "a secret plan by a group to do something unlawful or harmful". Conspiracies have existed our entire...
Read more
Medicine

Healing with Sound, Frequency, and Vibration

Many associate illness and disease with prescriptions and interventions such as surgery. Allopathic medicine and science have traveled a narrow path built...
Read more