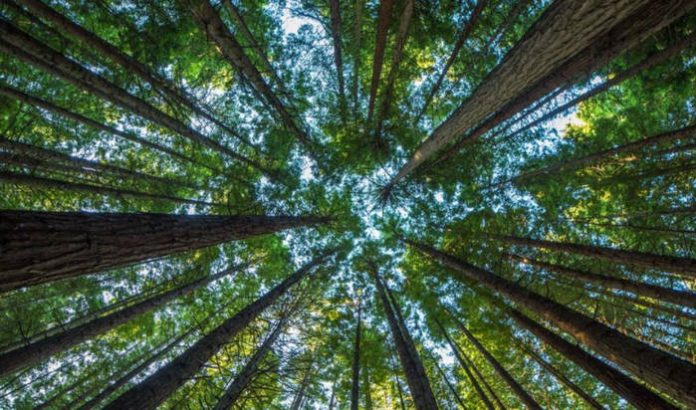 KUALA LUMPUR (Thomson Reuters Foundation) – The potential for a global tree-planting drive to curb climate-change risks has been overestimated, scientists warned, flagging issues with maps and data used in a recent study and urging greater efforts to cut heat-trapping emissions by other means.

In July, researchers at the Crowther Lab, based at Swiss university ETH Zurich, published a study suggesting the best way to keep climate change in check would be to replant trees on destroyed forest areas the size of the United States.

But in a response letter published in the same journal Science on Friday, scientists at the University of Bonn and Nairobi-based research centre World Agroforestry said there were limits on the number of trees that could be grown on lands included in the initial study.

Eike Luedeling, a professor at the University of Bonn’s Institute of Crop Sciences and Resource Conservation, told the Thomson Reuters Foundation that reforestation should not be seen as a substitute for curbing emissions from using fossil fuels.

“Yes, we can all plant trees… and if we still keep emitting carbon dioxide like crazy, we will not have solved anything – we just bought a little bit of time,” he said.

“If we want to control climate change, there is really only one answer… we have to cut emissions,” he added by phone.

But the tropics lost 12 million hectares of tree cover in 2018, the fourth-highest annual loss since records began in 2001, according to monitoring service Global Forest Watch.

Of greatest concern, it said, was the disappearance of 3.6 million hectares of old-growth rainforest, an area the size of Belgium, much due to fires, land-clearing for farms and mining.

Crowther Lab scientists this year published what they said was the first study of how many trees the world could support, where they could be grown, and how much carbon they could store.

The study analyzed the maximum amount of carbon that could be captured if all available degraded forest areas not used by humans were replanted and allowed to mature.

But researchers at the University of Bonn and World Agroforestry questioned its findings in their letter.

The Crowther Lab’s classification of many “high-potential” regions for tree planting was based on average temperatures and did not take into account the highest and lowest temperatures experienced in places like the tundra and Africa’s savannas, said Luedeling.

In addition, soils in many deforested areas are eroded or otherwise degraded so the success of reforestation efforts would likely be limited, the letter said, adding that some of the maps and data on uninhabited areas were not accurate.

Problems were also encountered with the initial study’s inclusion of pasture land, currently being used for livestock farming, as potential reforestation areas, it added.

Villages, smaller settlements and even some large cities, such as Kinshasa, the capital of Democratic Republic of Congo, were also counted as potential sites for tree planting.

“Around 2.5 billion people live in the areas that the study recommends for reforestation,” said Luedeling. “It is very questionable whether these regions are really suitable.”

Tom Crowther, a professor at the Crowther Lab, was unable to provide an immediate comment on the letter.

Luedeling and his colleagues nonetheless welcomed the idea of ​​rewilding land where possible because of the enormous benefits to ecosystems.

“Reforestation buys us time that we urgently need,” said Luedeling. “But it can only be one building block in a comprehensive strategy to avoid catastrophic climate change.”

5 Ways to Reduce Your Carbon Footprint

Climate change is real, but not unsolvable. There are lots of actionable steps you can take to save the planet from an...
Read more
Environment

A huge floating device designed by Dutch scientists to clean up an island of rubbish in the Pacific Ocean that is three...
Read more