Home Lifestyle Travel Things to Do in New Delhi
LifestyleTravel

Things to Do in New Delhi 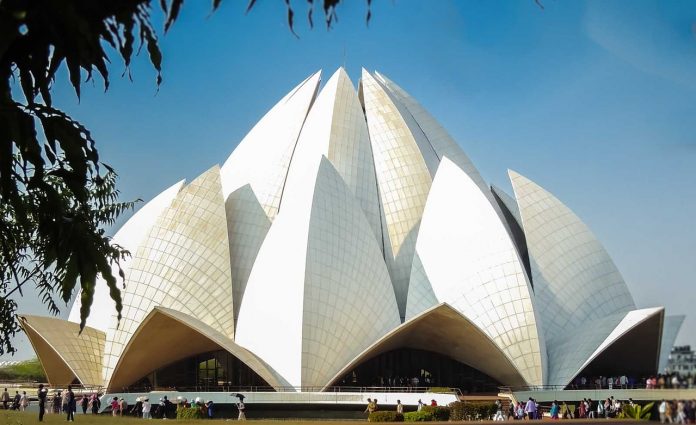 Have you ever thought about visiting New Delhi? Delhi is the capital city of India, and the only capital city in the world to have three UNESCO World Heritage sites. While New Delhi is the country’s modern capital city, Old Delhi remains as the symbol of the metropolitan area. There are many amazing things to see and do in this great city, from visiting monuments, tasty local cuisine to India’s best performing artists.

This city is also a favorite destination for shoppers as there are dozens of bazaars and markets like Chandni Chowk. Read on to find out some of the most exciting activities you can do in the city.

The iconic Lotus Temple stands out from other structures in Delhi as it is built using pure marble. The temple was constructed as a symbol of peace, just like the lotus flower. Even though photography is forbidden in the inner sanctum, you will be satisfied with what you will see. This place is specifically designed for meditation and prayer. Although it was built the Baha I faith, people from other religions are welcomed to worship. You can visit the site between Tuesday and Sunday from 9 am to 7 pm.

Lodhi Garden is found in Mumbai near the Safdarjung and Khan Market of Delhi. It is home to tombs of Sayyid ruler Mohammed Shan and Lodhi King Sikandar Lodhi. This monumental structure was built in the 15 th century and is currently maintained by the Archaeological Survey of India. What attracts many visitors are the evergreen gardens and mausoleums. This is also a spectacular site for morning and evening exercises, as well as picnic sites. Visitation is available in daylight hours and entrance is free.

The construction of the Qutub Minar was completed in the 12th century and still stands as India’s tallest minaret. This UNESCO World Heritage Site attracts visitors from all walks of life who want to feel the magnificent view of the environment. The Qutub complex boasts of many ancient architectural features like iron Pillar and the Alai Darwaza. It has become one of the most visited picnic sites and the photoshoot site. You can get to this iconic landmark by boarding a Metro Station called Qutub Minar. The site is open from 10 am to 6 m and the entry fee is 250 rupees. 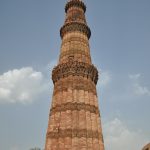 As one of the largest museums in India, the National Museum prides itself on being home to more than 200,000 archeological finds, including images, pots, jewelry, bronze, seals, tribal masks and many others. It was founded in 1949 and the blueprint of the structure was done by the Gwyer Committee in 1946. You will also find the National Museum Institute of the History of Arts, Conservation and Museology here. Several courses are offered by the institute such as History of Arts, Conservation and Museology and others. Visitors can spend a maximum of 3 hrs in the museum and the entry fee is 20 Indian Rupees.

Humayun’s Tomb is located in a beautiful large garden and is built using an eye-catching white marble and red sandstone. The prototype was a design of the Taj Mahal in Agra. This Mughal architecture was constructed in the 16 century by Haji Begum in honor of her husband, Humayun. Visitors can walk around this amazing architecture as well as the inside. This tomb was listed in UNESCO World Heritage in 1993. The best time to visit and enjoy a view is during the winter season. Its location makes it an ideal place for people looking for relaxation and fun time. They charge Indians 10 rupees, and foreigners 250 rupees. Additionally, you will be charged 25 rupees for filming, but photography is free.

The Red Fort or Lal Qila was built by Shah Jahan back in 1648 and served as the seat of Mughal power until 1857. This outstanding structure stands out as it is built with red sandstone walls that cover more than 2 kilometers. Visitors are allowed to enter and walk around to see the original structures, halls, and other sites. Previously known as Quila-e-Mubarak, this monument is located along the river Yamuna. With such a rich history, this fort became a UNESCO World Heritage site in 2007. You can walk to the Red Fort from Chandni Chowk and learn about this great site. It operates from Tuesday to Sunday during the day only. The entry fee is 250 Indian rupees. 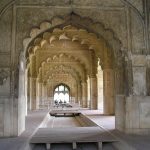 The world-famous India Gate is 42 meters tall and resembles the iconic Arc de Triomphe in Paris. The structure was built to honor more than 90,000 soldiers who perished in WW1. It is designed with an eternally burning flame from beneath and attracts both locals and foreigners. For a spectacular view, we suggest that you visit the Indian Gate at night. This historic structure was designed by Sir Edwin Lutyens and stands as one of the biggest war memorial centers in India. The allowed time at the site is between 1 and 2 hours and there is no entry fee.

A funny fact here is that there is alot of people who come here to get good luck in betting, buying lottery tickets and so.

The Paharganj district is located next to the New Delhi Railroad Station and is known for crowded streets, shopping and more. Most visitors love this town because it has good infrastructure and is easily accessible. You can find the best delicacies such as fried bread served with luscious chickpea curry. Additionally, the accommodation in this district is affordable for all players.

The Akshardham Temple or Swaminarayan Akshardham is an epitome of Indian culture, architecture, and spirituality and more. Many people visit this place to view the eight ostentatiously carved mandapams. This modern Hindu temple was founded in 2005 but they don’t accept visitors to enter inside. To enter the compound, you will be required to leave your camera, smartphone and everything else at the door. For those who have been to the inside, they claim it is the most beautiful artwork they have ever seen. They open the doors to the visitor’s center from 9:30 am to 6:30 pm and are always closed on Monday. The entrance is free of charge.

Kayaking is now known as a popular adventure water sport. It makes use of kayaks. In kayaking, the person inside the kayak...
Read more
Lifestyle

How To Travel To Australia on a Budget

If you are intending to travel in Australia on a budget, this post is for you. I hate to shatter your...
Read more