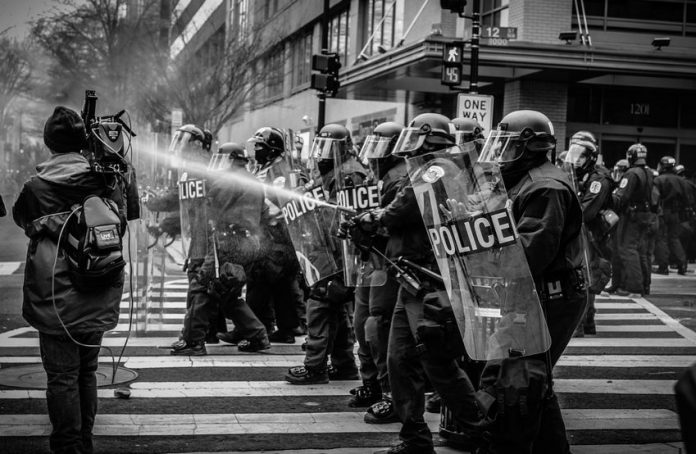 Waving a sign and making noise – that’s essentially what protests are. When is it beneficial, and when are they a waste of your time?

In any free and open society, we have the ability of free speech. It sounds good in theory. Of course being able to speak freely is important. But if nobody listens, it’s kind of pointless, don’t you think?

No one listening is exactly how most protests end. The protesters have jobs, and bills to pay. They can’t stay in the streets waving banners forever. This article explains when protests are beneficial, and when they achieve nothing. And most importantly, how to make real change.

Hong Kong is a heavily populated area in China. Although it is part of China, it is generally considered its own province, with its own set of laws. Citizens of Hong Kong have long enjoyed being independent from China, in particularly as the Chinese government rules over its people with an iron fist.

What the Hong Kong protests are about

There have long been tensions between citizens of Hong Kong, and the government of China. Hong Kong wants its independence. Importantly, when I mention Hong Kong, I’m referring to its people – not the governments. You might think that the governments are the people, or at least that they represent the will of the people. But that isn’t the case, which is ultimately what the protests are about. If you believe otherwise, you’d still believe in Santa.

Tensions boiled over when the government of the Hong Kong wanted to accept laws for extradition to China. If you are unfamiliar with extradition laws, it’s basically when any alleged criminal can forcefully be sent to China for prosecution.

It sounds good in principle, because criminals rightfully should be prosecuted. But what if the government is corrupt? What if its laws do not reflect those of the jurisdiction the alleged criminal is extradited from?

Should your neighbor be allowed to enforce their rules in your house? Would you like them to? I doubt it. And this is much how the citizens of Hong Kong feel.

But there’s more to the case. China isn’t exactly big on free speech. And the rights of its citizens aren’t particularly a priority. Citizens of Hong Kong know this, and understand if China gets its way with extradition laws, it opens the door to much bigger problems. Extradition is a particularly critical matter though, because it gives China a great deal of control over Hong Kong citizens.

The protests began peacefully. Nobody wanted violence. But it only takes one violent act, and an otherwise peaceful demonstration is considered violent. From there, it escalates. It’s not a matter of who threw the first punch. But if it were, it would probably be when police started to use physical force to remove protesters. If you spray pepper into someone’s eyes, that’s an act of violence. It makes no difference if it’s “legal”. It’s still violence.

The protests in Hong Kong have so far achieved nothing because the government isn’t listening. They are waiting for the protesters to back down. But the protesters are passionately protecting their rights.

Isn’t the point of democracy that we elect leaders that represent our will? In the case of Hong Kong, you need only look at the streets filled with protesters. Ask them what they want. They are the people.

The protests have been going on for some time because neither the government or the people of Hong Kong will back down.

Keeping in mind the government is supposed to represent the will of the people, what does this say about the Hong Kong government?

A protest is an expression of will. And if that expression is ignored, what good is it? The rest of the world may be watching, but the people that need to take notice are the elected officials within the Hong Kong government.

If the government wont listen, what can be done?

Governments have virtually limitless funding. Your taxes pay their wages. And if you don’t pay their wages, you will be sent to jail. So with any protest, who has more stamina: the protesters, or the politicians?

Obviously the politicians. They are not the ones fighting in the streets. They are the ones sitting in comfortable offices, waiting for the protesters to run out of steam. If matters get out of hand, they can send in more police.

I’m guessing if the protesters don’t back down, the military will be called in. And this includes forces from China. If that happens, I expect it will become full blown civil war. That’s because there are enough passionate people defending their rights, who would rather die than be ruled against their will.

Let’s hope it doesn’t come to that.

So what can be done? What will actually make the change?

Stop supporting a system that doesn’t support you, and teach others to do the same.

Firstly, you vote with your dollars. Products and services you pay for ultimately give tyrannical governments their power. But it’s not just your choices. Unfortunately, the choices of others impact your life to. So we’re all in it together.

The solution is not simple, and it won’t happen overnight. But I believe we will begin with the small things, like being self-sufficient and growing your own food. Change your lifestyle, so you need less. You don’t need anywhere what you think you need.

Start demanding technology that enables life to be easier. Focus on technology that removes your dependence on money. Understand money isn’t necessarily evil. But it is being used for evil purposes, to control you. These matters require much more detail, which I will give in another article.

If protesters put time and effort into becoming independent of the system that controls them, they’ll move towards their goal in much less time. Fighting to influence someone who doesn’t want to listen is wasting your time.

When are protests beneficial?

Protests are most beneficial to raise awareness of a particular issue. Of course the protests in Hong Kong aim to achieve exactly this. But the problem is the governments aren’t listening. They don’t care. Their attitude seems to be defiant maybe because if they let the citizens get their way on this issue, they’ll have trouble maintaining law and order. It could be the start of them losing power over the people.

But perhaps they forget who’s will they are supposed to be enforcing. Or maybe some of them have other allegiances. That’s another story.

Nevertheless, where might protests be most useful? If it is an issue such as gay rights, the agenda is not so much political. Of course there may be a political element, such as legalizing gay marriage. But the issue is more social.

If you’re a protester and think you’re going to make a splash, keep this in mind: Most people watching a protest on TV is likely to dismiss it, because it just looks like a rabble of people.

Having said that, I’m not saying that protests are a bad idea. They are an important social tool. But there are much better ways to create change. Whether or not protests are worthwhile, in my view, depends on the issue.

Does your vote count?

Most countries have two major political parties. The reality is it’s a choice between shit and crap. You might think you have a say, but you don’t. You will still end up with crap. Perhaps the important thing to a perpetrators of a corrupt system if you felt like you had a choice. Because then you would feel satisfied you did what you could.

So stop waiting for some political savior. Start taking responsibility for your own life, and becoming independent. Make your changes infectious, and educate others to do the same. Make change viral.